The use of render has a double function: it gives it an aesthetic appearance and protects the walls from the harmful effects of weather. We can choose from a whole range of products with various properties – silicone render is one of them. Let’s see why is silicone render worth it!

Silicone render is a mixture of polymer binders and synthetic resins. It is a thin layer decorative render and allows various textures (depending on the size and amount of aggregate used).

Is silicone render worth it?

Silicone render is characterized by very high elasticity (the highest of all external renders), so it has increased resistance to scratches and cracks, which can be caused by the action of high or low temperatures, settling of the house, or execution errors. Its advantage is that it does not absorb water (it is hydrophobic) – water flows freely on its surface, so there is no destruction of the render structure and penetration of dirt.

Silicone render is also highly resistant to UV radiation – elevation will not fade quickly. It is vapor-permeable and can be used on mineral wool when insulating a building using the ETICS method. It can be tinted into many different colors and match the house’s appearance to the surrounding arrangement. Silicone render is easy to apply – you can mix ready mass (in a bucket) before application. It does not require special weather conditions – always follow the manufacturer’s instructions on the package.

The disadvantage of silicone render is its price which is much higher than other external renders. It is also characterized by limited vapor permeability. The product creates a tight layer on the facade, through which air does not get through – so the building will not be able to “breathe” freely. The result? It may be associated with slight difficulties in removing moisture from inside the structure. However, it won’t be a problem when the building has been previousy insulated with styrofoam.

When is silicone render worth it?

Silicone render just like wooden cladding panels works well in all conditions, even when the level of contamination is very high, for example, in industrial areas or the vicinity of heavily trafficked roads. Hydrophobicity does not allow dirt to penetrate the silicone resin structure. Silicone render is also suitable for rural areas and the surroundings of lakes, parks, and forests which promote multiplication of organisms – active substances contained in the render effectively prevent the formation of unsightly tarnish. The use of silicone resins as a binder is also recommended to renovate old houses. Walls of such buildings have high vapor-permeability – during their term modernization, it is necessary to use mineral wool, and vapor-permeable render, e.g., silicone one.

Silicone render is applied on a dry, clean and even surface. Most often it is a layer of adhesive mortar, reinforced with fiberglass mesh in two-layer walls. It should be seasoned for at least 3 days depending on the air temperature. The mortar should be covered with render primer, preferably of a color similar to that of the plaster. The primer should not be omitted as its task is to even out the absorbency of the substrate, it has reinforcing properties and it effectively binds the smallest particles. In order to avoid differences in the facade color, it is recommended to choose renders from the same production batch. Most silicone plasters can be applied manually or mechanically. Before starting work, the ready mass should be mixed thoroughly – do not add water! Only a minimal correction of density is allowed, by adding no more than 1.5% of primer. In order to keep the consistency of the trowel, it is recommended that the undivided surface should be plastered by one person. 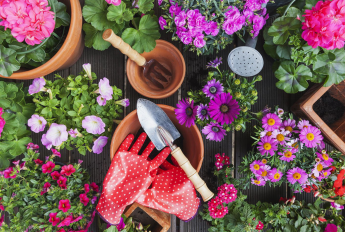 How to Quickly Secure a High Risk Merchant Account in 2022

What Are The Differences Between Mats, Rugs, And Carpets?

Get the best lawn ever

Purpose of a wine cellar

All accessories for your garden